We have implemented SSAO shader for FRAK WebGL engine and 3D Wayfinder. SSAO is Screen Space Ambient Onclusion, it will make shadows for corners and edges. This means more life-true 3D and nicer floor plans for 3D Wayfinder users.

Below is the screen-shot of 3D floor plan of one accommodation building in Finland. In left there is SSAO applied and in right one not: 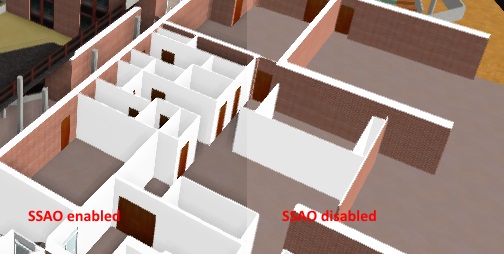 Here you can see the whole floor plan with SSAO shader: 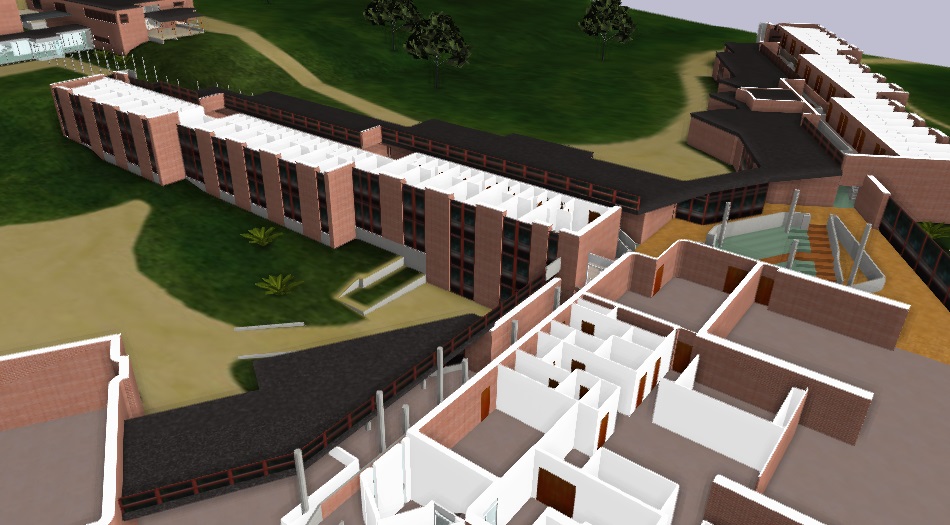 Here is no SSAO: 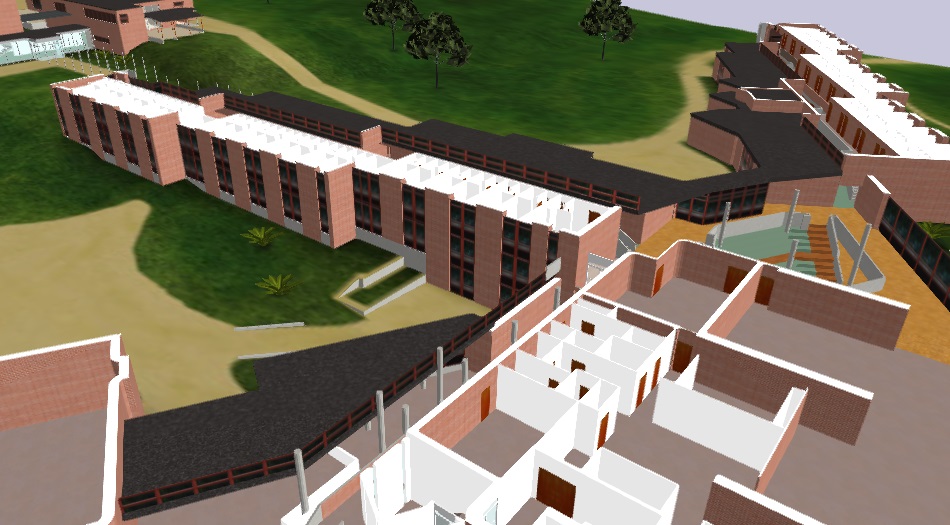 And here is SSAO only image. This will give the idea how SSAO changes the final 3D rendering you see on the screen. 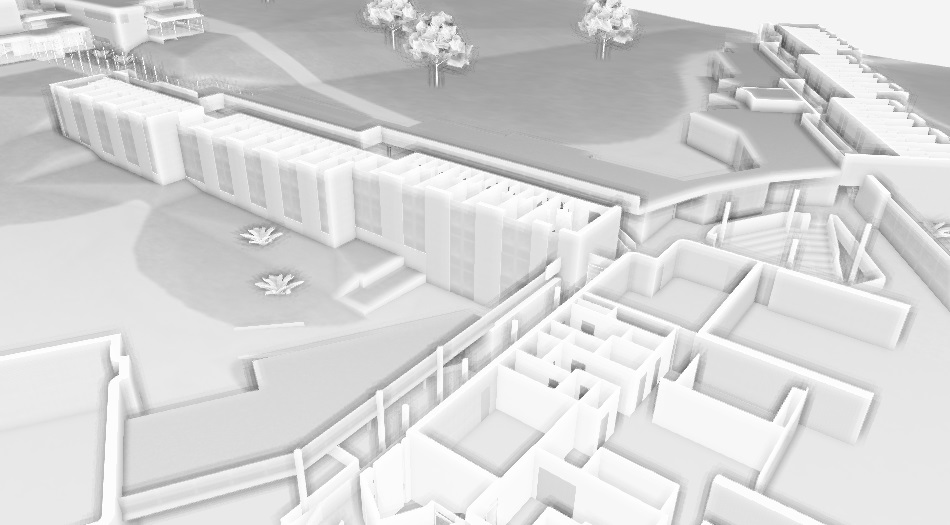 For setting SSAO shader options in 3D Wayfinder, go to “Setting” menu under “SETUP” in 3D Wayfinder Administration. There you will find SSAO settings under “Camera”.