DigitalSignage.com is created by MediaSignage Inc. It is free digital signage software including signage player and media content management. Their software is used in over 200 countries and since the first release, the software has been installed on hundreds of thousands of PCs.

DigitalSignage.com software is web-based, so it is really easy to use 3D Wayfinder as a part of the media player screen layout. Let’s say, that there are top and bottom advertisement banners on the portrait screen and wayfinding application is set-up on the middle of screen. 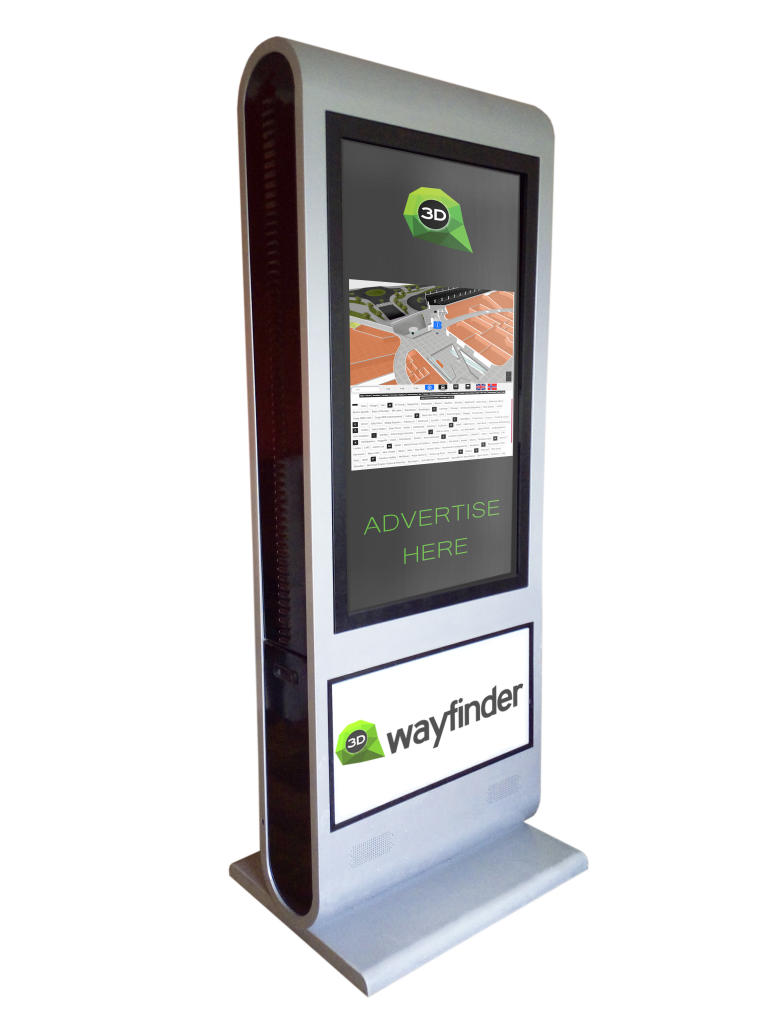 More advanced integration is switching advertisements with wayfinding application. This is something, we call “screensaver mode” when creating layouts for 3D Wayfinder. With Digital Signage software the simple way is to switch between wayfinding and advertising screen. Digital signage itself lets you create switching timelines and channels and content. We do not go into that much, because there are plenty of examples in their documentation.

More sophisticated way to change between 2D map and screensaver can accomplish with event and triggers. Under Digitalsignage.com documentation http://docs.digitalsignage.com/ look for remote values. It describes what should be include in your app to be able to send event to their server.

Two functions that are important in 3D Wayfinder events case are ‘onSessionStart’ and ‘onSessionEnd’. They both are used by our statistics module, but if you do not have any need for statistics then you could overwrite these functions.

With signage free version you can use our 2D map with ease. Just include HTML component into your campaign and add link to your project. 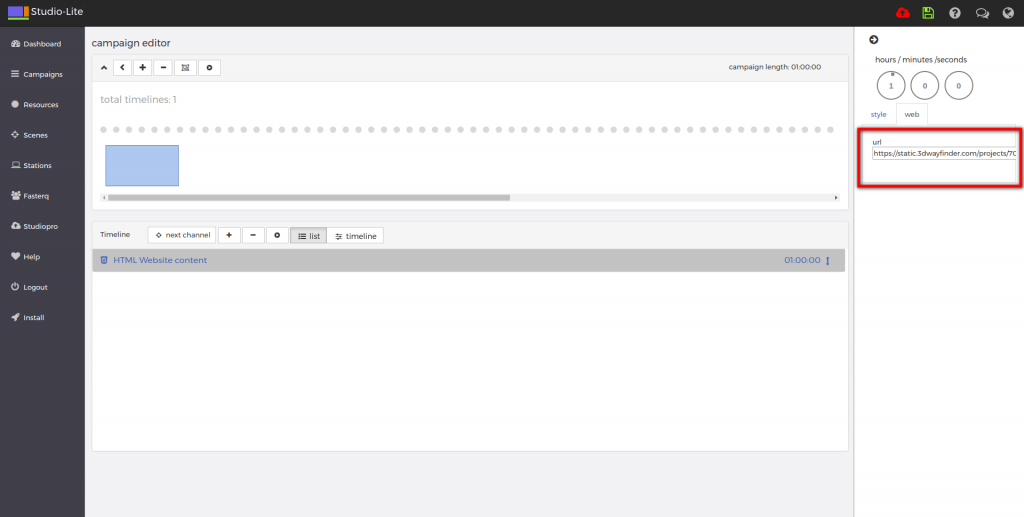