We have recently experimented with a Raspberry Pi 3 Model B, to see how it can work as media player for digital signage display or wayfinding information kiosk. As a result we can say, it works well with 2D wayfinding maps and with 3D Wayfinder Advertisement Module.

But everything is soldered to the board hence there is no option to upgrade, except for the microSD card. You can also have a nice box for it, so it doesn’t look like a hackers development board. 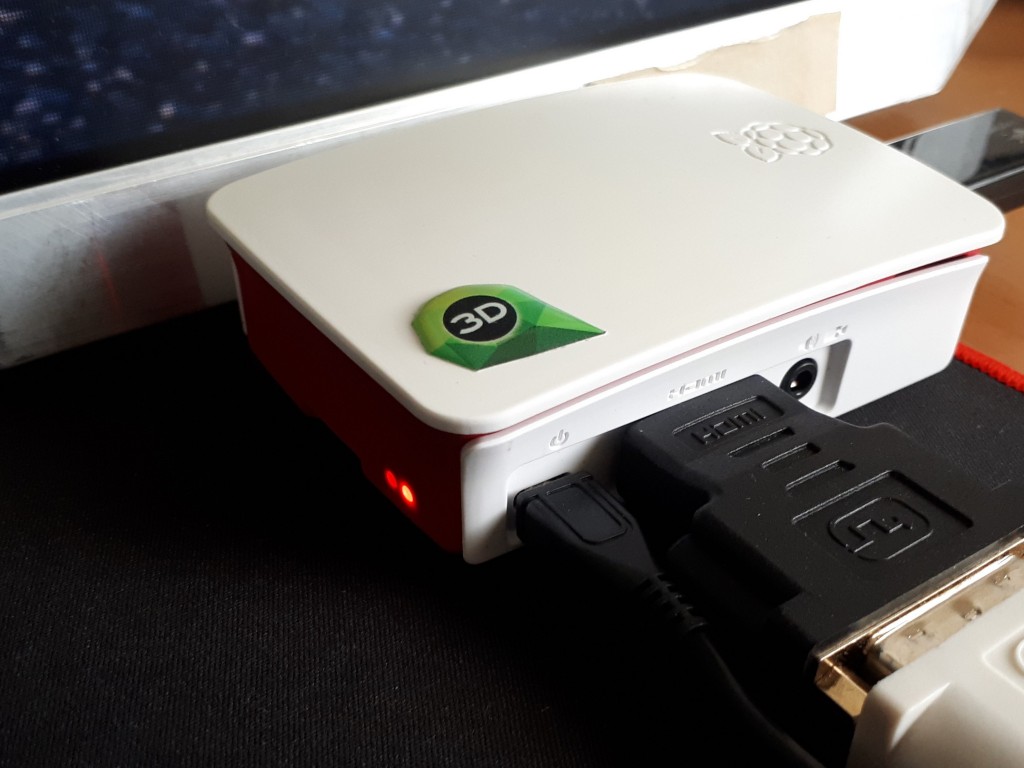 Compared to other small form factor computers like Intel NUC or Gigabyte BRIX, it is much cheaper. Raspberry Pi with a nice case and microSD card would cost about 50..70 USD. The NUC or BRIX boxes start at 110..130 USD new, and you still need to equip them with a hard drive (SSD/HDD) and memory module(s) (DDR3/DDR4 SO-DIMM RAM) which would cost you about an extra 30 USD for a 32GB SSD and ~25 USD for DDR3 or ~30 USD for DDR4. Totalling up to about 165..190 USD.

Raspberry PI plays in Full HD, so it is not a problem to use large resolution screens. 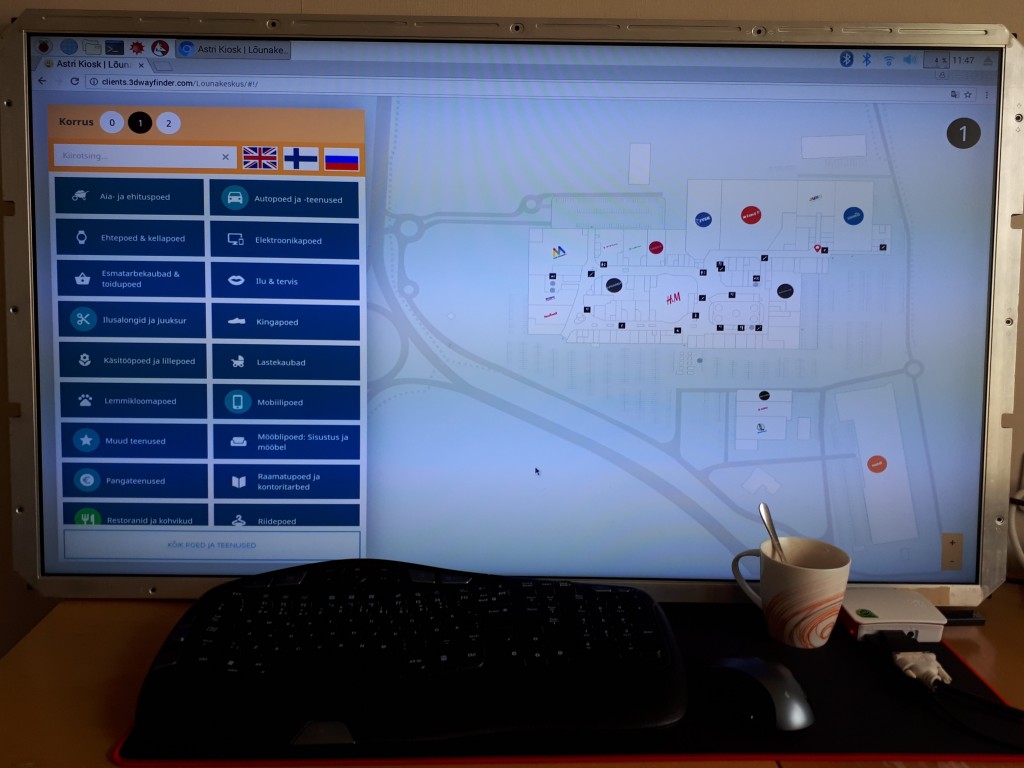 For 3D the Raspberry is still a bit weak and by default it doesn’t have WebGL enabled. To enable WebGL you have to:
1. Open up the terminal application (or command prompt if you prefer to call it that)
2. run command sudo raspi-config
3. navigate to Advanced Options
4. enable GL support.

The GPU on the Raspberry PI 3 Model B doesn’t support floating point textures, so we cannot use transparent textures.

To build wayfinding or digital signage project based on Raspberry Pi you need to use a special linux distribution that opens a browser in full-screen mode instead of the regular desktop interface.

At the same time the kiosk based on Raspberry Pi is quite bullet-proof. There’s no need to worry about excessive power consumption as it actually only consumes about 3.7W under full load and only about 1.4W when playing a FullHD video, which is roughly 10% of the Intel NUCs ~38W while under full system load and ~18W while watching a FullHD video. 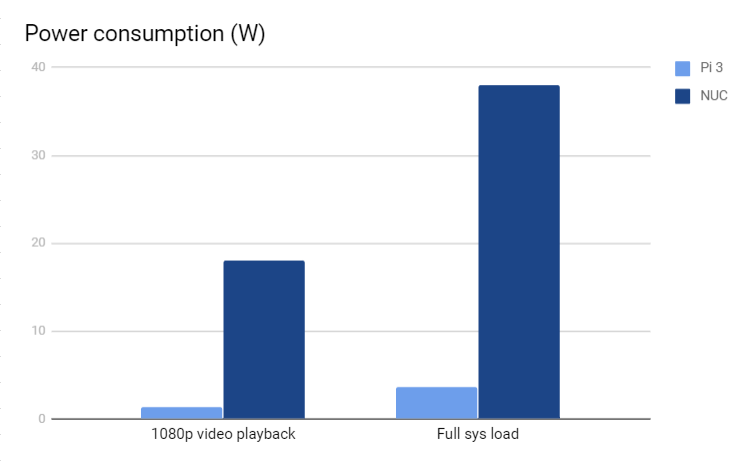 It boots up fast from a microSD card which can be easily replaced when it wears out or breaks.

Although remote managing a kiosk that uses a Raspberry Pi can prove to be quite a cumbersome task as you cannot use regular GUI remote management tools like Teamviewer or LogMeIn. The fastest way to remote manage the Raspberry Pi is to use SSH, which is a CLI (Command Line Interface) and this might scare-off most of the users that are not used to poking around via a CLI.