This week saw among other things a refactor of the FRAK Engine’s TextComponent. It now has support for unicode and basic styling options used by the canvas text drawing API.

The working principle is simple: the text is rendered to an off-screen 2D canvas element and uploaded as a texture, which is later rendered on a quad somewhere in the scene.

The text can be updated in runtime (see the text example) and doesn’t seem to cause any significant speed decrease in both Chromium and Firefox. 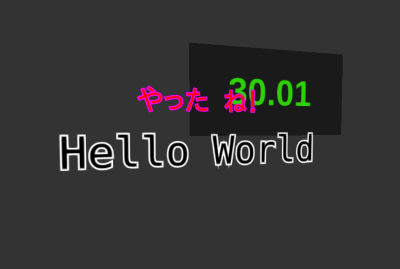